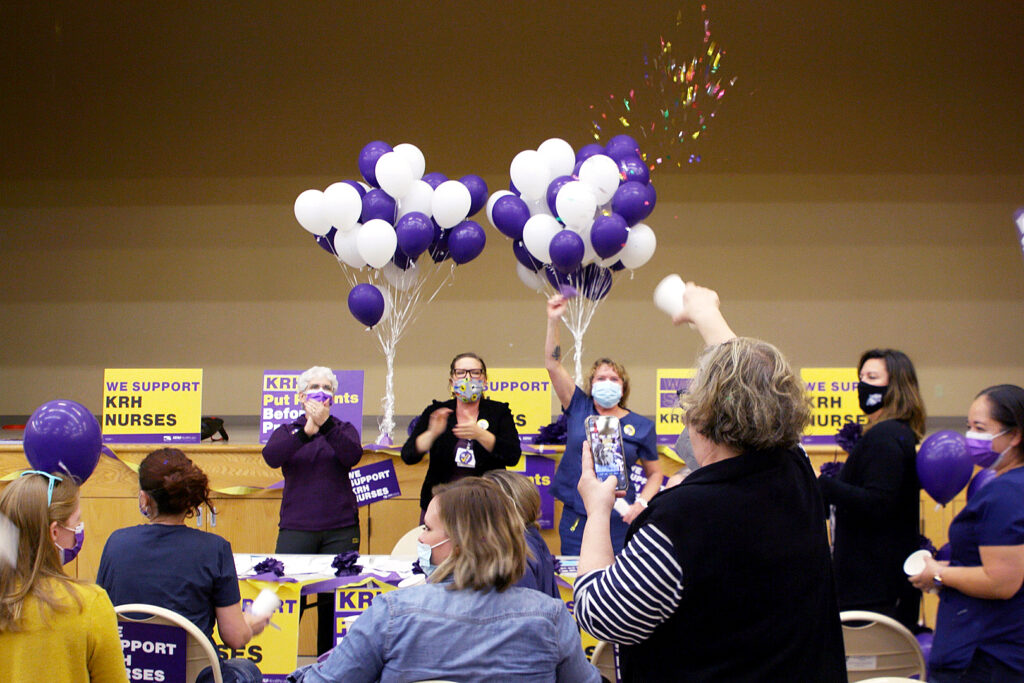 Backed by widespread community support, the unit of 650 nurses won an agreement that includes a voice in staffing decisions, better wages, and seniority recognition.

Making signs, practicing chants, hundreds of nurses ready to take a stand for their patients.

Nurses to Logan Health CEO Lambrecht: We are faced with an impossible choice

Nurses sent a letter to Logan Health CEO Craig Lambrecht today reiterating their willingness to return to the bargaining table to come to an agreement on a fair union contract and avert the planned unfair labor practice strike.

Momentum continues to build for a three-day nurse strike at Logan Health, after nurses bargained all day Tuesday and into the night.